Refractometer: Everything you’d know about this revolutionary device

What is a refractometer?

A traditional handheld refractometer with a daylight plate

Regarded as a revolutionary device put into use in several industries, a refractometer is a device capable of measuring the concentration of soluble substances in the liquids like water/oil under consideration. With a few drops of the solution, you can produce the most accurate reading directly from the production line.

How does a refractometer work? 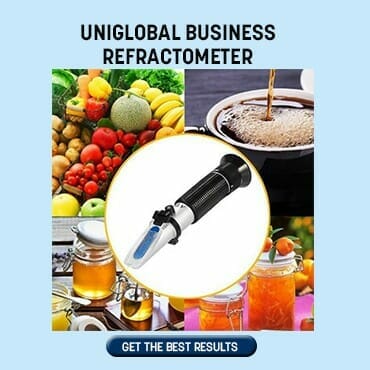 A schematic representation of how a refractometer work

Since a refractometer is used to measure the concentration of the aqueous solutions, it’s crucial to understand how the device operates and what is its working principle. As its name reads out, a refractometer uses the principle of refraction of light through different liquids based on their refractive index.

To start with, when a ray of light moves from one medium to another (rarer to denser or denser to rarer), the light ray tends to bend either away from the normal or towards the normal taking cognizance of their refractive indices. And the angle that forms between the normal ray and the output (refracted) ray is called the angle of refraction which is of prime importance to such devices.

As denser liquids contain higher amounts of dissolved solids, the speed of light is minimal in such liquids and thus, there is a more pronounced bending effect observed in the light. To put it simply, a typical refractometer uses a ray of light that passes through the liquid’s sample and displays its angle of refraction on the scale.

Most refractometers available in the market utilize a scale called the Brix scale for the measurements. It’s defined as the number of grams of 100% pure cane sugar (sucrose) thawed in 100g of pure water. Hence, a refractometer is also called a Brix refractometer. It’s mainly used in the food and beverage industry.

A Brix scale is a special scale originally developed to determine the concentration of sucrose (pure cane sugar) in a water solution. It was derived from the refractive index of an aqueous solution at 20-degrees Celsius. A Brix scale has been used since the 19th century and is the idea behind the other scales being currently used in industries like a locomotive, pharmaceutical, food, beverage, etc.

Influence of wavelength in refractometer readings

Influence of temperature in refractometer readings

There are mainly four types of refractometers which are:

Let’s discuss each of them below. 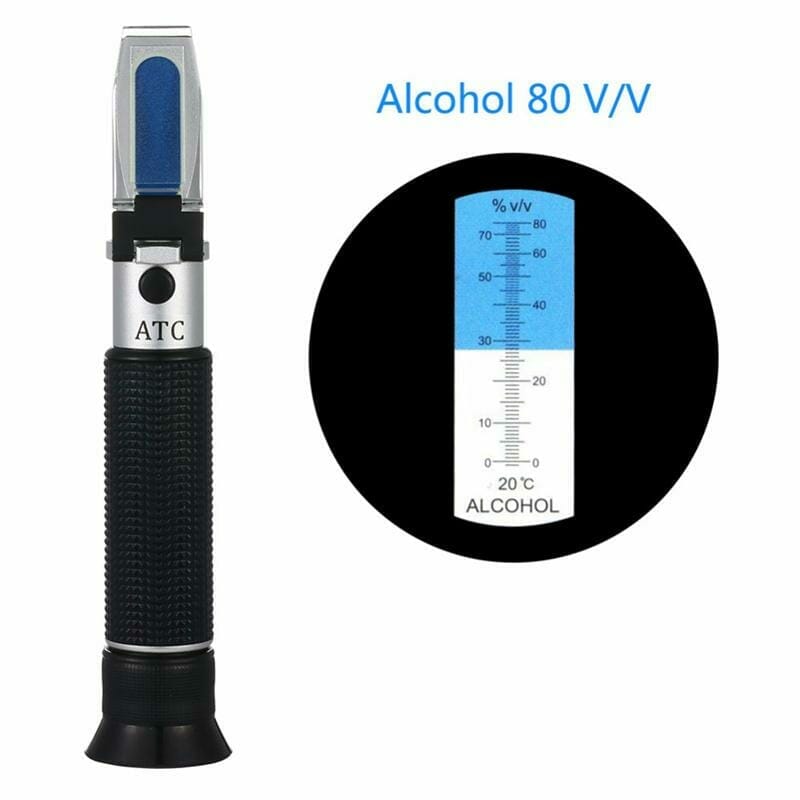 It’s also called the analog refractometer. In analog refractometers, the critical angle principle is used by which the prism displays a thin shadow line over a glass reticle. Since the marking is so small, you will have to magnify it to view it perfectly. To use a traditional handheld refractometer, place a few drops of the sample liquid onto the glass prism and cover them with a glass cover plate.

The device will then pass light through the sample that will either pass through the reticle or suffer total internal reflection (TIR). As a result, a thin shadow line develops between the illuminated area and the dark area. And here you can take the reading with the help of a magnifying glass. As said above, any temperature change can alter the readings of the refractive index, it’s suggested to use an automatic temperature compensation with the refractometer which is achieved by using a bi-metallic strip that will move the lens/prism according to the temperature changes. 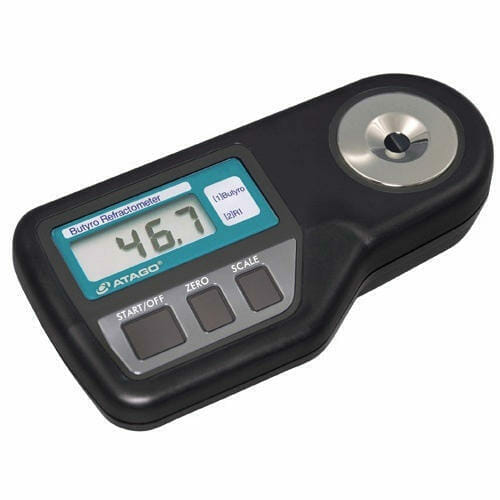 A digital handheld refractometer also operates on the critical angle principle as in the traditional refractometer with the only difference being the use of an LED light source focused on the prism. When a few drops of the measuring liquid is placed on the prism’s surface and the light is applied through it, some amount of light is lost and the remaining light is reflected on the photodiodes creating a shadow line. And this position of the shadow line is directly related to the liquid’s refractive index.

Once the position of the shadow line gets fixed, the device’s internal software will get onto its work of determining the refractive index and will display the final result on the refractometer’s LED or LCD screen.

Due to the use of photodiodes, digital handheld refractometers are more precise in measurements than the traditional ones. However, you will need more quantity of sample with a digital refractometer as the sample isn’t evenly spread over the prism surface.

A digital refractometer may or may not be water-resistant and features a built-in automatic temperature compensation, unlike the traditional ones to control and check the temperatures of the glass prism and testing liquid. 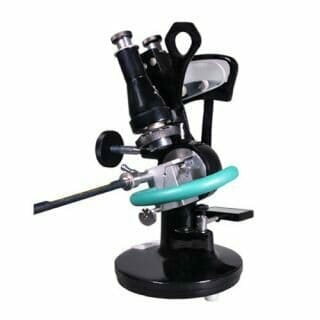 An Abbe or laboratory refractometer

To use an Abbe refractometer, a ray of light is passed through the illuminating prism and it’s detected by the built-in detector placed at the backside of the refracted prism.

Unlike the traditional and digital handheld refractometers, an Abbe refractometer is also suitable for measuring the refractive indices of solids like glass, plastic, polymer, etc. To assist you to obtain the readings without much hassle, the Abbe refractometers are equipped with LED or LCD screens. 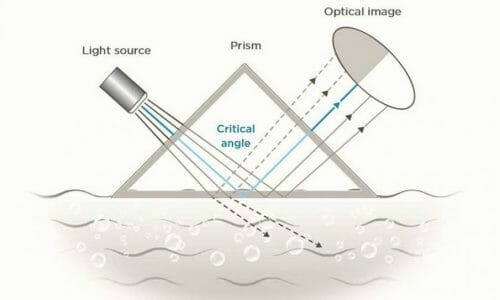 A schematic diagram of how an inline process refractometer works

The major advantage of using an inline process refractometer is that you can have a continuous flow of readings for better accuracy. Plus, such refractometers are cheaper in comparison to the other models available.

The working of an inline process refractometer is also very basic and is based upon the measurements of the temperature and refractive index of the process medium using the refraction principle. These readings are sent to the control box which takes into account all the vital process conditions before displaying out the results.

What are the various uses of refractometers?

So, these are the various applications of a refractometer.

How to read a refractometer?

Reading a refractometer is no rocket science and here’s how you can read it in the best way.

It is to be noted that while reading a refractometer, try to use a natural light source as artificial lighting can interfere with the readings as found in a study.

A refractometer is a widely used device for measuring the refractive index of any liquid or solid or in other words, the concentration of dissolved solids in the aqueous solutions. Earlier, only the analog refractometers were used which comprised only three elements but as the technology gained momentum, today, there are three more types of the refractometer. These include the digital version of the analog one, the laboratory or Abbe refractometer, and the inline process refractometer.

Each of these refractometers has its pros, cons, and purposes to serve some of which you can infer from the above. Before using the refractometer for the actual testing, you’d calibrate it which is nothing but measuring the refractive index of distilled water and adjusting the scale as per the requirements. However, after calibrating, let the distilled water evaporate off completely as it may interfere with the final readings of the testing liquids.

The Only Clamp Meter Guide You’ll Need In 2021

The Only Guide On Lux Meters You’d Need In 2021

What Is The Difference between N95 and N99 Masks?