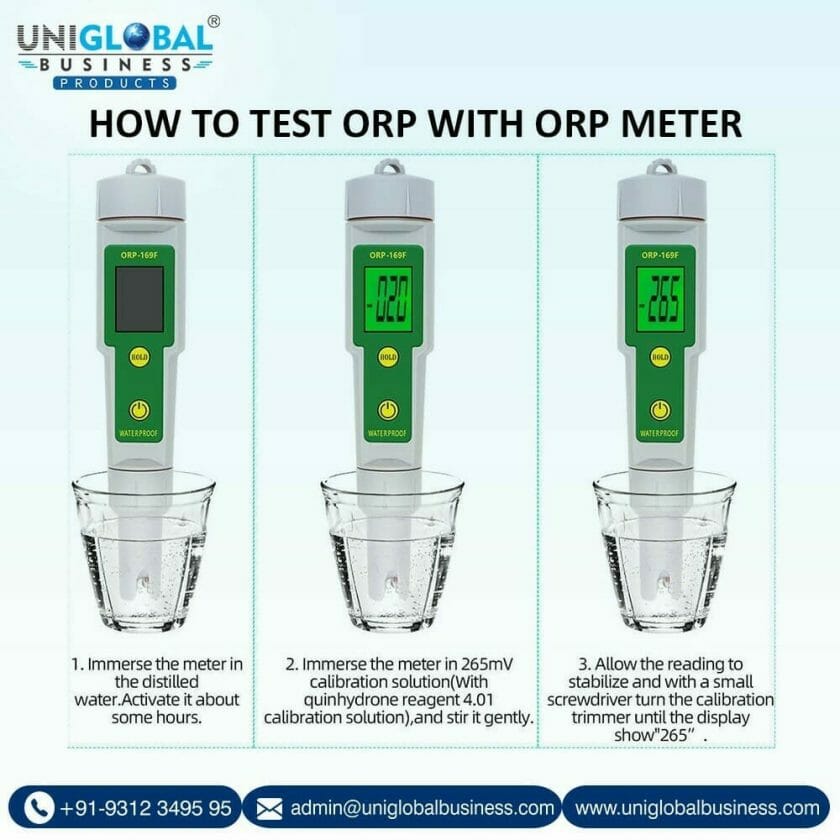 What is ORP? Why is it important? You must have confronted these types of questions. Well, you may know what ORP represents, however, having a better understanding of the same isn’t bad. Going into this article, I’ll elaborate on every aspect of ORP like its easy-to-understand meaning, how to test it, what’s an ORP meter, its applications, and much more. So, let’s kick in without further ado.

What is Oxidation-Reduction Potential (ORP)

In simple terms, ORP determines the cleanliness of the water and the ability to break down its contaminants. By breakdown, it means the ability of one substance to reduce or oxidize another substance. ORP is usually measured in either volt (V) or millivolt (mV). As you must have studied that reduction involves the gain of electrons and oxidation occurs when electrons are lost, an oxidation-reduction reaction or “redox” reaction involves both simultaneously i.e. one will gain electrons from another or vice-versa. To understand this in a better way, consider a swimming pool. In a pool, the higher the oxidation potential, the cleaner its water. Similarly, in filthy water sources, there is a higher reduction potential than oxidation.

In a nutshell, by measuring the ORP of a water source, you get an idea of what’s happening inside that water source. It’s to note that ORP won’t measure the amount of chlorine in water but its performance.

How to test ORP? 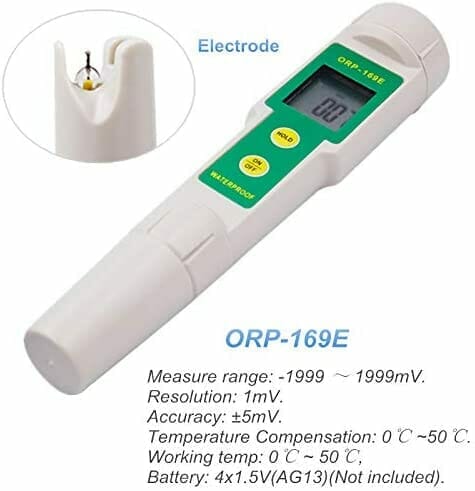 Now that you know what ORP is and why it’s measured, let’s understand how it’s measured. For measuring ORP, you’ll need an ORP meter. Generally, there are two types of ORP meters. First, handheld ones and others that are in-built in the water system. The above one is a simple ORP meter that goes inside the water you wish to measure the ORP of. You can also use a two-probe sensor as shown below or the digital one like above. 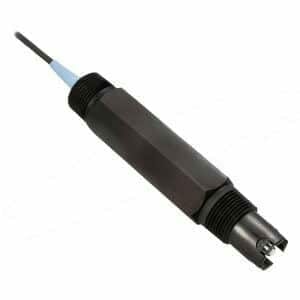 In this, there are two probes (or electrodes) confined inside a single unit. While one is called an indicator electrode and is usually made of platinum/gold/graphite, the other one is usually made from silver & silver chloride and is called a reference electrode. In this reference electrode, there is also a filling solution that contains potassium chloride. Now, when the electrons inside water contact both these electrodes, a particular voltage is created between them and reflected onto the meter/sensor. Such a sensor measures the electrical difference (in V or mV) between the two electrodes in contact with water which can be positive or negative.

As I said above, ORP signifies the cleanliness of water i.e. ORP is mainly utilized in water disinfection. For example, your regular tap water coming from the municipal water supplies is a result of the use of strong oxidizers like chlorine that kills and prevents the growth of bacteria or other toxic microbes in water. ORP, here, monitors the concentration of disinfectants in water.

ORP or oxidation-reduction potential determines the ability of water to break down the contaminants. Or in simple terms, the cleanliness of water is given by its ORP measurements. It’s used in both industrial systems as well as in the environment where oxidizing and reducing conditions vary greatly. It’s a much faster and continuous process that’s achievable at low costs in comparison to other slow and expensive processes.

How does the ORP meter work for water testing

Pulse Oximetry: A Useful Guide In Your Battle Against COVID-19?